First in the USA

The first Grenzig to arrive in the USA was Friedrich August Grenzig(42) who came with his family on the ship Jupiter traveling from Bremen, Germany to NYC and arriving on June 11, 1866. His wife Henriette Auguste Alwine Klein (41) , daughters Auguste Pauline Grenzig (14) and Sophie Auguste Marie Grenzig (12) traveled with him to NYC. They settled in Brooklyn, NY. No pictures are available at this time (Sep 2006).

Four years later his cousin, John August Grenzig Sr. (36) came to the USA with his family on the ship Westphalia from Hamburg, Germany to NYC and arrived on June 9, 1870. His wife Sophie Carolina Zander, (34) and three children, John August Grenzig, Jr. (6), Helena Sophie Grenzig (2), and Robert Grenzig (6 months) made up this family.

A letter written by John A. Grenzig Jr. in 1942 says that he and his family first lived with Uncle Grenzig on Broadway near Gerry St., Brooklyn, NY, who was his fathers cousin Friedrich. They called him Uncle Grenzig and called Alwine, his wife, Aunt Grenzig.

The 1870 US census (lines 32-40) shows all 9 of them living together at the same house. The census has the name spelled as Grenzich which we know is an error. Friedrich is listed as a Brick Mason and as a citizen. John is listed as a Brick Mason also. This matches what John A. Jr. writes in his letter of 1942 about his father moving from the out lying farms around Berlin to Berlin City to learn the Mason trade before they came to the USA. Also in error, Robert should be Helen and Edward should be Robert, John is 37 not 34. US census records are not 100% accurate! (Note: You can save the 1870 US census image to your computer and zoom in for a better view. Right click on the image to save it.) 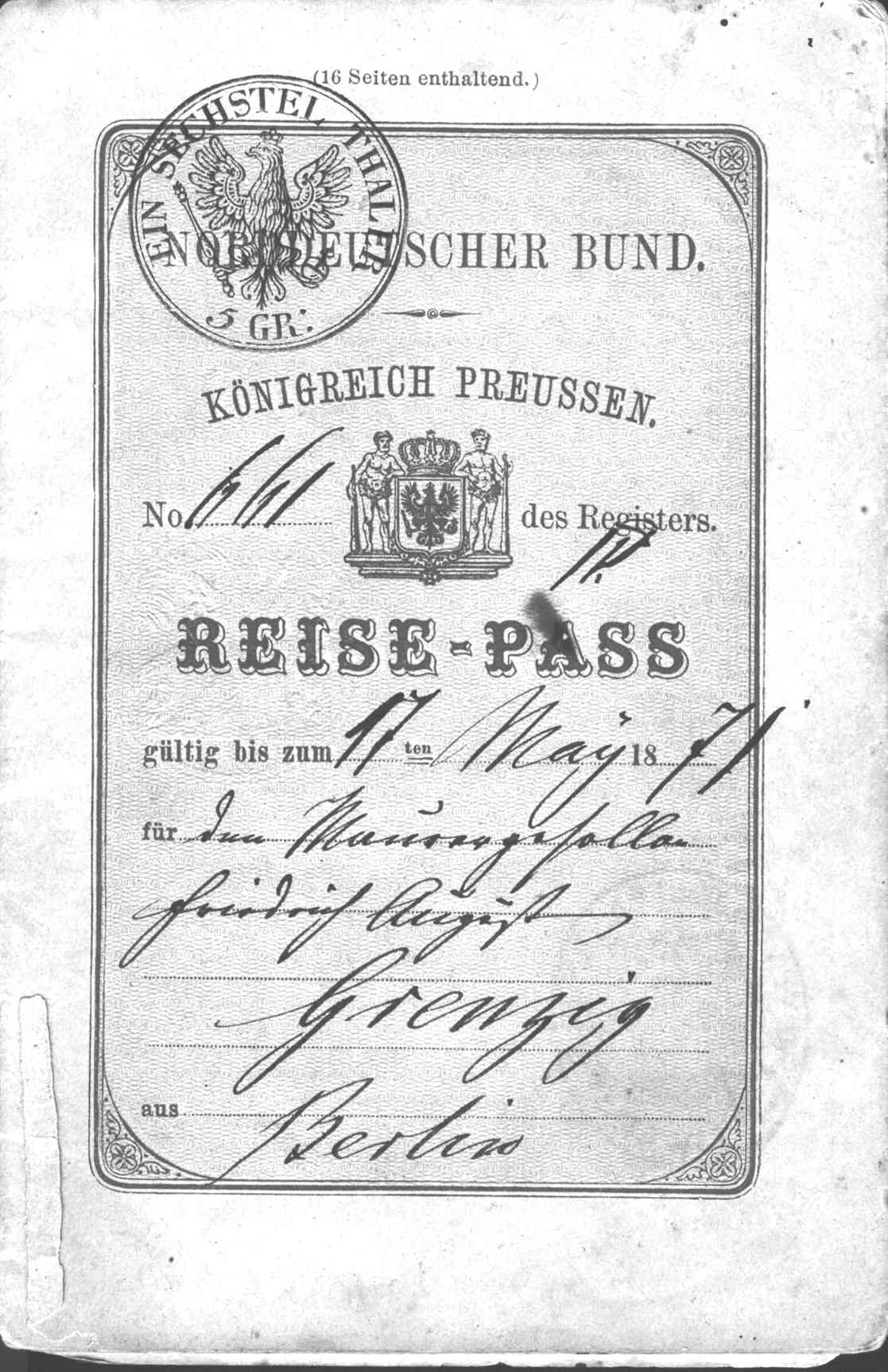 The Passport that John used to come to the USA said Friedrich August Grenzig on it yet had Sophie and John’s three children on it also. It seems that John some how used Friedrich’s passport (or name) but I do not know why. They both had the middle name August, and John only signed the pass port as August Grenzig.

A Walter Grenzig was found in the 1930 US census and immigrated to the USA in 1882. We don’t know the relationship to Friedrich or John above, but we have been able to trace some of his descendants, but not too many ancestors. Research is ongoing.